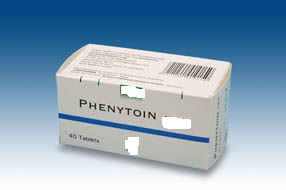 Introduction: Phenytoin is a drug that is used to control,treat and prevent certain type of seizures. It is an anti-epileptic drug also known as the anticonvulsant drug.

Mechanism of Action: Phenytoin acts by blocking voltage dependent sodium channels and thus prevents seizures to occur. Its anticonvulsant activity is through blocking sustained high frequency repetitive firing of the action potentials. Its primary site of action appears to be in the motor cortex where it prevents the spread of the seizure activity.

Clinical Uses: Phenytoin is widely used in medicine for conditions like:
Precaution while Using Phenytoin:
Side Effects: Patients taking Phenytoin may have following side effects:

Posted by Ibrahim Hossain at 12:36 PM