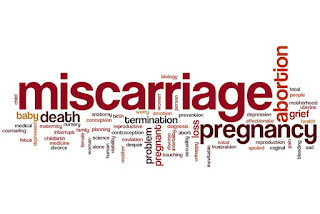 Introduction
Spontaneous miscarriage is one of the commonest complication of early pregnancy. It occurs in approximately 15–20% of all pregnancies.
It is important to take a good clinical history in every case of pregnancy loss and classify the type whenever possible.
Increasing knowledge about early pregnancy development, with the more widespread availability of measurement of serum Beta HCG (human chorionic gonadotrophin) , the advent of high resolution ultrasound and a clearer description of gestational age at pregnancy loss make for a more sophisticated assessment of miscarriage history.

Diagnosis
Role of ultrasound
The first demonstration of an intrauterine pregnancy by means of transvaginal ultrasound was reported in 1967. Major improvements in ultrasound resolution since then have revolutionized the assessment and management of early pregnancy problems.

Ultrasound plays a major role in maternal reassurance, where fetal cardiac activity is seen and is pivotal in the assessment of early pregnancy complications, such as vaginal bleeding.
However, there are limits to ultrasound resolution of normal early pregnancy development.


Ultrasound features such as a sac that is much smaller than expected from a certain last menstrual period; a sac that is low in the uterus or the presence of fetal bradycardia are strongly suggestive but
not diagnostic of impending miscarriage. In addition, the possibility of incorrect dates should always
be remembered by the alert clinician. Wherever possible, the term ‘missed abortion’ should be replaced by ‘delayed miscarriage’.

The impact of a diagnosis of a miscarriage should not be underestimated. It is recommended that ‘Early intrauterine death should be regarded as of equal significance to fetal death occurring at a later stage.’ It is therefore important that within an area where early pregnancy scans are performed, there is a quiet room for counselling, and staff working within this setting should have training in the emotional aspects of early pregnancy loss.

Modern classification of pregnancy loss type
The revision of early pregnancy nomenclature is both desirable and essential in raising the standard of reporting.


To improve the accuracy of observational studies it is desirable to present a clear and consistent description of the pregnancy event that is universally understood by the clinician. It is essential to have a clear classification of pregnancy loss type to differentiate between fetal (late)
or empty sac (early) loss events.

1. Biochemical loss: Typical gestational age is < 6 weeks, a fetal heart beat or ultrasound evidence of pregnancy is never seen. B HCG levels are low and then fall immediately.

2. Early pregnancy loss: Typical gestational age is 6-8 weeks. fetal heart beat is never seen, but an empty sac can be seen on ultrasound. B HCG initially rises and then falls.

3. Late pregnancy loss: Typical gestational age is >10 weeks. Fetal heart beat may be seen and heard initially but is then lost. B HCG rises and then becomes static and falls slowly.

1. Surgical evacuation: Since the nineteenth century, surgical evacuation of the uterus has been the standard treatment offered by gynecologists to those requiring treatment following first trimester
miscarriage. This approach was based on an assumption that retained tissue increase the risk of infection and hemorrhage. However, surgical evacuation was introduced at a time when high rates of retained products and infection with ensuing morbidity and mortality were likely to be due to the high numbers of illegal terminations of pregnancy and the absence of any antibiotic medication.

Surgical evacuation remains the treatment of choice if bleeding is excessive; vital signs are unstable or infected tissue is retained. Fewer than 10% of women experiencing a miscarriage fall within these categories. However,many women when offered treatment options will still choose surgical evacuation as it offers an immediate termination of the pregnancy and allows women to schedule treatment around work and childcare commitments.

If surgical evacuation is to be used, suction curettage is the method of choice as this is associated with fewer complications.
Serious complications including uterine perforation, cervical tears, intrauterine adhesions and
hemorrhage should be included on all patient information leaflets and clearly stated on all surgical consent forms prior to operation. In all cases where surgical evacuation is the treatment option consideration should be given to the use of a cervical priming agent.

Over the past decade alternative management options (expectant and medical) have been developed and many women prefer the option of a treatment without the attendant risks associated with a surgical procedure.

2. Expectant management often results in absorption of retained tissue with little associated bleeding. For those women managed in general practice expectant management has long been the treatment of choice.
It is likely that at least 74% of non-viable pregnancies would miscarry successfully without intervention. When ultrasound assessment of the uterine cavity is suggestive of retained products with an antero-posterior diameter of 15 mm or less genuine retained products are less likely to be confirmed histologically, hence such cases are best managed expectantly. These women are said to have suffered a complete miscarriage.

3. Medical Management: Several pharmacologic agents, capable of inducing abortion, have become available in the last 20 years. Medical termination of pregnancy is now well recognized as an effective treatment option. It was thus a logical progression to use these drugs in the management of
miscarriage.
Mifepristone blocks the progesterone receptors, reversing the influence of progesterone during pregnancy. As a result, there is an influx of leukocyte and red cells into the decidua followed by the release of prostaglandins and cytokines . Addition of a synthetic prostaglandin E1 analogue results in powerful contractions, which supplement those induced by the withdrawal of progesterone. This process closely mimics events in a spontaneous miscarriage.
The two commonly used prostaglandin analogues are gemeprost and misoprostol. As misoprostol is cheaper, does not require refrigeration and can be given in different dosages by different routes, it is the most commonly used.
Research seems to indicate that although oral or sublingual misoprostol is effective, the vaginal route of administration appears to give maximum efficacy with least side effects.
Mifepristone may be used to induce cervical change and is usually given orally, followed 36–48 h later by one of the prostaglandin analogues. Mifepristone has been given in doses ranging from 200 mg to 600 mg; however, studies have demonstrated that the lower dosage has similar efficacy but with a significant reduction in side effects, mainly nausea and vomiting.


At present there is no specific investigation which will help predict which miscarriages can be
successfully treated by either the medical or expectant route.
It is very important whichever treatment option is chosen that the psychological impact of miscarriage on the patient is not overlooked.
Posted by Ibrahim Hossain at 1:46 PM