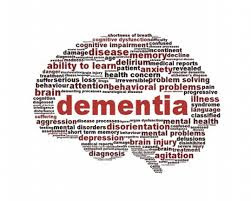 Definition: Dementia may be defined as acquired deterioration in brain’s neuronal function that is characterized by impaired performance of daily living activities including disturbances of memory, thinking, orientation, comprehension, learning and judgement. Memory is the most common cognitive ability lost with dementia.

Causes: Dementia has many causes and it is important to identify and exclude the treatable causes.

A list of different causes of dementia is given in a simplified way as follows:

Posted by Ibrahim Hossain at 9:51 AM