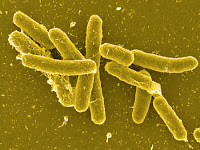 Introduction:
A common infection in the United States, salmonellosis is caused by gram-negative bacilli of the genus Salmonella, a member of the Enterobacteriaceae family. It occurs as enterocolitis, bacteremia, localized infection, typhoid, or paratyphoid .Non typhoidal forms usually produce mild to moderate illness with low mortality.
Typhoid, the most severe form of salmonellosis, usually lasts from 1 to 4 weeks. Mortality is about 3% in persons who are treated and 10% in those untreated, usually as a result of intestinal perforation or hemorrhage, cerebral thrombosis, toxemia, pneumonia, or acute circulatory failure.
An attack of typhoid confers lifelong immunity, although the patient may become a carrier. Most typhoid patients are younger than age 30; most carriers are women older than age 50. Incidence of typhoid in the United States is increasing as more travelers return from endemic areas.
Enterocolitis and bacteremia are common (and more virulent) among infants, elderly people, and people already weakened by other infections; paratyphoid fever is rare in the United States.
Salmonellosis is 20 times more common in patients with acquired immunodeficiency syndrome. Features are increased incidence of bacteremia, inability to identify the infection source, and tendency of the infection to recur after therapy is stopped.
Causes
Of an estimated 1,700 serotypes of Salmonella, 10 cause the diseases most common in the United States; all 10 can survive for weeks in water, ice, sewage, or food. Nontyphoidal salmonellosis generally follows the ingestion of contaminated or inadequately processed foods, especially eggs, chicken, turkey, and duck. Proper cooking reduces the risk of contracting salmonellosis.
Owning a pet turtle, lizard, iguana, or snake increases the risk factor because reptiles are carriers of salmonella. Salmonellosis may occur in children younger than age 5 from fecal-oral spread.
Typhoid results most commonly from drinking water contaminated by excretions of a carrier.
Signs and symptoms
Signs and symptoms of salmonellosis vary depending on the patient but usually include fever, abdominal pain, and severe diarrhea with enterocolitis. Headache, increasing fever, and constipation are more common with typhoidal infection.

Read the table below for different clinical variants of salmonellosis.

Diagnosis
Generally, diagnosis depends on isolation of the organism in a culture, particularly blood (in typhoid, paratyphoid, and bacteremia) or feces (in enterocolitis, paratyphoid, and typhoid). Other appropriate culture specimens include urine, bone marrow, pus, and vomitus.
In endemic areas, signs and symptoms of enterocolitis allow a working diagnosis before cultures are positive. Presence of S. typhi in stools 1 or more years after treatment indicates that the patient is a carrier, which is true of 3% of patients.
Widal’s test, an agglutination reaction against somatic and flagellar antigens, may suggest typhoid with a fourfold rise in titer. However, drug use or hepatic disease can also increase these titers and invalidate test results.
Other supportive laboratory values may include transient leukocytosis during the 1st week of typhoidal salmonellosis, leukopenia during the 3rd week, and leukocytosis in local infection.
Treatment
Antimicrobial therapy for typhoid, paratyphoid, and bacteremia depends on the organism’s sensitivity. It may include amoxicillin, chloramphenicol and, if the patient is severely toxemic, cotrimoxazole, ciprofloxacin, or ceftriaxone. Localized abscesses may also need surgical drainage.
Enterocolitis requires a short course of antibiotic treatment only if it causes septicemia or prolonged fever. Other treatments include bed rest and replacement of fluids and electrolytes. Camphorated opium tincture, kaolin with pectin, diphenoxylate hydrochloride, codeine, or small doses of morphine may be necessary to relieve diarrhea and control cramps in patients who must remain active.

Clinical variants of salmonellosis
Posted by Ibrahim Hossain at 8:31 AM