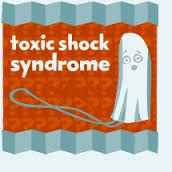 Introduction
An acute bacterial infection, toxic shock syndrome (TSS) is caused by toxin-producing, penicillin-resistant strains of Staphylococcus aureus, such as TSS toxin-1 and staphylococcal enterotoxins B and C. The disease primarily affects menstruating women younger than age 30 and is associated with continuous use of tampons during the menstrual period.
TSS incidence peaked in the mid-1980s and has since declined, probably because of the withdrawal of high-absorbency tampons from the market.
Causes
Although tampons are clearly implicated in TSS, their exact role is uncertain. Theoretically, tampons may contribute to development of TSS by:
When TSS isn’t related to menstruation, it seems to be linked to S. aureus infections, such as abscesses, osteomyelitis, and postsurgical infections.
Signs and symptoms
Typically, TSS produces intense myalgias, fever over 104° F (40° C), vomiting, diarrhea, headache, decreased level of consciousness, rigors, conjunctival hyperemia, and vaginal hyperemia and discharge. Severe hypotension occurs with hypovolemic shock. Within a few hours of onset, a deep red rash develops—especially on the palms and soles—and later desquamates.

Major complications include persistent neuropsychological abnormalities, mild renal failure, rash, and cyanotic arms and legs.
Diagnosis
A diagnosis of TSS is based on clinical findings and the presence of at least three of the following:
In addition, isolation of S. aureus from vaginal discharge or lesions helps support the diagnosis.

Negative results on blood tests for Rocky Mountain spotted fever, leptospirosis, and measles help rule out these disorders.
Treatment
TSS is treated with intravenous (I.V.) antistaphylococcal antibiotics that are beta-lactamase-resistant, such as oxacillin and nafcillin. To reverse shock, replace fluids with I.V. solution and colloids.
Special considerations

Posted by Ibrahim Hossain at 8:24 AM