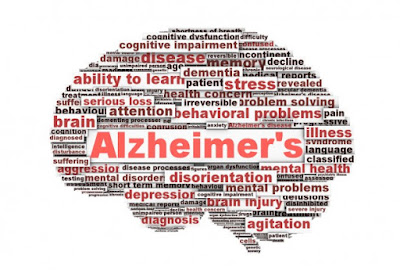 Also known as primary degenerative dementia, Alzheimer’s disease accounts for more than half of all dementias. An estimated 5% of people over age 65 have a severe form of this disease, and 12% suffer from mild to moderate dementia. Because this is a primary progressive dementia, the prognosis is poor.

Signs and symptoms
Onset is insidious. Initially, the patient experiences almost imperceptible changes, such as forgetfulness, recent memory loss, difficulty learning and remembering new information, deterioration in personal hygiene and appearance, and an inability to concentrate. Gradually, tasks that require abstract thinking and activities that require judgment become more difficult. Progressive and severe deterioration in memory, language, and motor function results in a loss of coordination and an inability to write or speak.
Personality changes (restlessness, irritability) and nocturnal awakenings are common. Eventually, the patient becomes disoriented, and emotional lability and physical and intellectual disability progress. The patient becomes more susceptible to infection and accidents. Secondary to loss of the cough reflex, pulmonary diseases such as pneumonia may result in death.

Diagnosis
Early diagnosis of Alzheimer’s disease is difficult because the patient’s signs and symptoms are subtle. The diagnosis is based on an accurate history from a reliable family member, mental status and neurologic examinations, and psychometric testing.
A positron emission tomography scan measures the metabolic activity of the cerebral cortex and may help in reaching an early diagnosis. An EEG and a computed tomography scan may help in later diagnosis.
The disease is essentially diagnosed by exclusion: Various tests are performed to rule out other disorders. Ultimately, however, the disease can’t be confirmed until death, when an autopsy reveals pathologic findings.

Treatment
A cerebral vasodilator (such as ergoloid mesylate or isoxsuprine) is prescribed to enhance the brain’s circulation; hyperbaric oxygen, to increase oxygenation to the brain; a psychostimulator (such as methylphenidate), to enhance the patient’s mood; and an antidepressant, to treat depression, if that seems to exacerbate the patient’s dementia. Donepezil and nivastigmine, which are centrally acting anticholinesterases, are given to treat memory deficits.
Most drug therapies being used are experimental. These include choline salts, lecithin, physostigmine, enkephalins, and naloxone, which may slow the disease process. Antioxidant therapy is also being investigated. Another approach to treatment includes avoiding the use of antacids containing aluminum, aluminum cooking utensils, and aluminum-containing deodorants to help decrease aluminum intake.

Posted by Ibrahim Hossain at 10:19 AM