An Introduction to Epilepsy 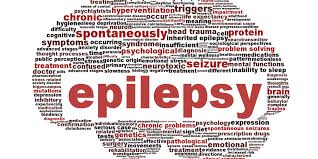 Seizure disorder, or epilepsy, is a condition of the brain characterized by a susceptibility to recurrent seizures (paroxysmal events associated with abnormal electrical discharges of neurons in the brain). Epilepsy is believed to affect 1% to 2% of the population. The prognosis is good if the patient with epilepsy adheres strictly to his prescribed treatment.

Causes
In about one-half of all epilepsy cases, the cause is unknown. Possible causes include:
Signs and symptoms
The hallmark of epilepsy is recurring seizures, which can be classified as partial, generalized, status epilepticus, or unclassified (some patients may be affected by more than one type).

A simple partial seizure begins locally and generally doesn’t cause an alteration in consciousness. It isn’t uncommon for this type to present with sensory symptoms (lights flashing, smells, hearing hallucinations), autonomic symptoms (sweating, flushing, pupil dilation), and psychic symptoms (dream states, anger, fear). The seizure lasts for a few seconds and occurs without preceding or provoking events.
A complex partial seizure involves impairment in consciousness. Amnesia for the events that occur during and immediately after the seizure is a differentiating characteristic. During the seizure, the patient may follow simple commands. This type of partial seizure generally lasts for 1 to 3 minutes.

Generalized seizures
As the term suggests, generalized seizures cause a generalized electrical abnormality within the brain. They can be convulsive or nonconvulsive and include several types.
Absence seizures occur most commonly in children, although they may affect adults. They usually begin with a brief change in level of consciousness, indicated by blinking or rolling of the eyes, a blank stare, and slight mouth movements. The patient retains his posture and continues preseizure activity without difficulty. Typically, each seizure lasts from 1 to 10 seconds. If not properly treated, seizures can recur as often as 100 times per day. An absence seizure is a nonconvulsive seizure, but it may progress to a generalized tonic-clonic seizure.
Myoclonic seizures (bilateral massive epileptic myoclonus) are characterized by brief, involuntary muscular jerks of the body or extremities, which may occur in a rhythmic manner. Consciousness isn’t usually affected.
Generalized tonic-clonic seizures typically begin with a loud cry, precipitated by air rushing from the lungs through the vocal cords. The patient then loses consciousness and falls to the ground. The body stiffens (tonic phase) and then alternates between episodes of muscle spasm and relaxation (clonic phase). Tongue biting, incontinence, labored breathing, apnea, and subsequent cyanosis may also occur.
The seizure stops in 2 to 5 minutes, when abnormal electrical conduction of the neurons is completed. The patient then regains consciousness but is confused and may have difficulty talking. If he can talk, he may complain of drowsiness, fatigue, headache, muscle soreness, and arm or leg weakness. He may fall into a deep sleep after the seizure.
Atonic seizures are characterized by a general loss of postural tone and a temporary loss of consciousness. They occur in young children and are sometimes called “drop attacks” because they cause the child to fall.

Unclassified seizures
This category is reserved for seizures that don’t fit the characteristics of partial or generalized seizures or status epilepticus. Included as unclassified are events that lack the data to make a more definitive diagnosis.

Diagnosis
Clinically, the diagnosis of epilepsy is based on the occurrence of one or more seizures and proof or the assumption that the condition that caused them is still present.
Diagnostic information is obtained from the patient’s history and description of seizure activity, family history, physical and neurologic examinations, and computed tomography (CT) scanning or magnetic resonance imaging. These scans offer density readings of the brain and may indicate abnormalities in internal structures.

Confirming evidence
Paroxysmal abnormalities on the EEG confirm the diagnosis by providing evidence of the continuing tendency to have seizures. A negative EEG doesn’t rule out epilepsy because the paroxysmal abnormalities occur intermittently. Other tests include serum glucose and calcium studies, CT scan, skull X-rays, lumbar puncture, brain scan, and cerebral angiography.

Valproic acid, clonazepam, and ethosuximide are commonly prescribed for absence seizures. A patient taking an anticonvulsant requires monitoring for signs of toxicity, such as nystagmus, ataxia, lethargy, dizziness, drowsiness, slurred speech, irritability, nausea, and vomiting.
If drug therapy fails, a vagus nerve stimulator implant may help reduce the incidence of focal seizure. Transcranial magnetic stimulators are also under study and have been shown to help some patients. Treatment may also include surgical removal of a demonstrated focal lesion in an attempt to stop seizures.

Emergency treatment of status epilepticus usually consists of I.V. administration of diazepam, lorazepam, phenytoin, or phenobarbital; dextrose 50% (when seizures are secondary to hypoglycemia); and thiamine (in chronic alcoholism or withdrawal).
Posted by Ibrahim Hossain at 1:42 PM