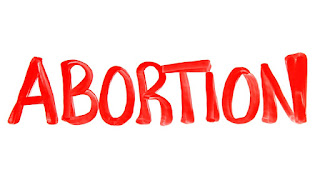 Abortion is the spontaneous or induced (therapeutic) expulsion of the products of conception from the uterus before 20 weeks gestation (fetal weight less than 500 g [17½2 oz]).

Fetal factors usually cause abortions before the 12th week of gestation and include:
Placental factors usually cause abortion around the 14th week of gestation, when the placenta takes over the hormone production necessary to maintain the pregnancy. These factors include:
Maternal factors usually cause abortion during the second trimester and include:
The goal of therapeutic abortion is to preserve the mother’s mental or physical health in cases of rape, unplanned pregnancy, or medical conditions, such as moderate or severe cardiac dysfunction.
Signs and symptoms
Prodromal signs of spontaneous abortion include a pink discharge for several days or a scant brown discharge for several weeks before the onset of cramps and increased vaginal bleeding. For a few hours, the cramps intensify and occur more frequently; then the cervix dilates to expel uterine contents. If the entire contents are expelled, cramps and bleeding subside. However, if any contents remain, cramps and bleeding continue.

Diagnosis
Diagnosis of spontaneous abortion is based on clinical evidence of expulsion of uterine contents, pelvic examination, and laboratory studies. Human chorionic gonadotropin in the blood or urine confirms pregnancy.
Pelvic examination determines the size of the uterus and whether this size is consistent with the length of the pregnancy. Tissue pathology indicates evidence of products of conception. Blood loss is rarely significant enough to decrease hemoglobin levels.
Treatment
An accurate evaluation of uterine contents is necessary before a plan of treatment can be formulated. The progression of spontaneous abortion can’t be prevented. If bleeding is severe, a transfusion with packed red blood cells or whole blood is required. Initially, I.V. administration of oxytocin stimulates uterine contractions. If any remnants remain in the uterus, dilatation and curettage or dilatation and evacuation should be performed.
Dilation and evacuation is also performed in first- and second-trimester therapeutic abortions. Medical abortion, using mifepristone (RU-486) and misoprostol (a prostaglandin) is also effective (90% to 97%) for pregnancy termination less than 49 days from the last menses.
After an abortion, spontaneous or induced, an Rh-negative female with a normal indirect Coombs’ test result should receive Rho(D) immune globulin (human) to prevent further Rh isoimmunization.
In a patient who has suffered from habitual abortion, spontaneous abortion can result from an incompetent cervix. Treatment involves bed rest and, in some situations, surgical reinforcement of the cervix 12 to 14 weeks after the last menses. A few weeks before the estimated delivery date, the sutures are removed and the patient awaits the onset of labor. An alternative procedure, especially for a woman who wants to have more children, is to leave the sutures in place and to deliver the infant by cesarean birth.
Posted by Ibrahim Hossain at 9:01 PM