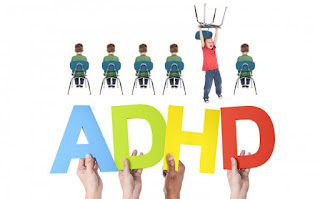 The patient with attention deficit hyperactivity disorder (ADHD) has difficulty focusing his attention or engaging in quiet, passive activities, or both. Although the disorder is present at birth, diagnosis before age 4 or 5 is difficult unless the child shows severe symptoms. Some patients, though, aren’t diagnosed until adulthood. Males are three times more likely to be affected than females.

Causes
ADHD is commonly thought to be a physiologic brain disorder with a familial tendency. Some studies indicate that it may result from disturbances in neurotransmitter levels in the brain.
Signs and symptoms
Typically, the patient is characterized as someone who fidgets and daydreams. Other descriptive terms include inattentive and lazy. Although the patient may be highly intelligent, his school or work performance patterns are sporadic, and he may jump from one partly completed project, thought, or task to another. Some patients have an attention deficit without hyperactivity; they’re less likely to be diagnosed and treated.
In a younger child, signs and symptoms include an inability to wait in line, remain seated, wait his turn, or concentrate on one activity until it’s completed. An older child or an adult may be described as impulsive and easily distracted by irrelevant thoughts, sounds, or sights. He may also be characterized as emotionally labile or inattentive. His disorganization becomes apparent when he has difficulty meeting deadlines and keeping track of school or work tools and materials.
Diagnosis
Commonly, the child with ADHD is referred for evaluation by the school. Diagnosis of this disorder usually begins by obtaining data from several sources, including the parents, teachers, and the child himself. Complete psychological, medical, and neurologic evaluations rule out other problems. Then the child undergoes tests that measure impulsiveness, attention, and the ability to sustain a task. The combined findings portray a clear picture of the disorder and of the areas of support the child will need
Treatment
Special considerations

Posted by Ibrahim Hossain at 8:56 AM